is Latin,  the official language of HORTICULTURE,

translated into English, it means

BELLA TERRA’S greenhouses have brought vegetable and flowering plants to the public since 1906.  Originally built on the Schoelkopf Estate as part of their extensive farms producing lemons, oranges and grape fruits as well as tomatoes and vegetable transplants.  The greenhouses were disassembled and rebuilt in their present location by Mr. and Mrs. Charles Giambrone in 1953.  Again, they produced “hot house” tomatoes, cucumbers, rhubarb and transplants for the farm and vegetable market.  Following the Giambrones, the greenhouses were owned and operated by Mr. and Mrs. Edward Pytlak.  For the next 13 years, Eddy catered to the public growing plants for the expanding retail market in home gardening.

Since March of 1974, BELLA TERRA  has been owned and operated by Caryl Ashley Youngers, and, in its tradition, brings to you an ever widening range of plants and horticultural accessories that you would expect to find in a “big city” garden center.   Because of the steady increase in business, Caryl built 5 additional greenhouses, more than tripling BELLA TERRA’S original growing space.  Linked with this increased production area is a “best use of space” plan that enables BELLA TERRA to produce five major crops for Christmas, Easter, Mother’s Day, Spring and Fall planting; plus minor ones yearly.

Putting New Roof on a 1906 Greenhouse.

(This is the second Lexon roof after many poly roves and the original glass roof.) 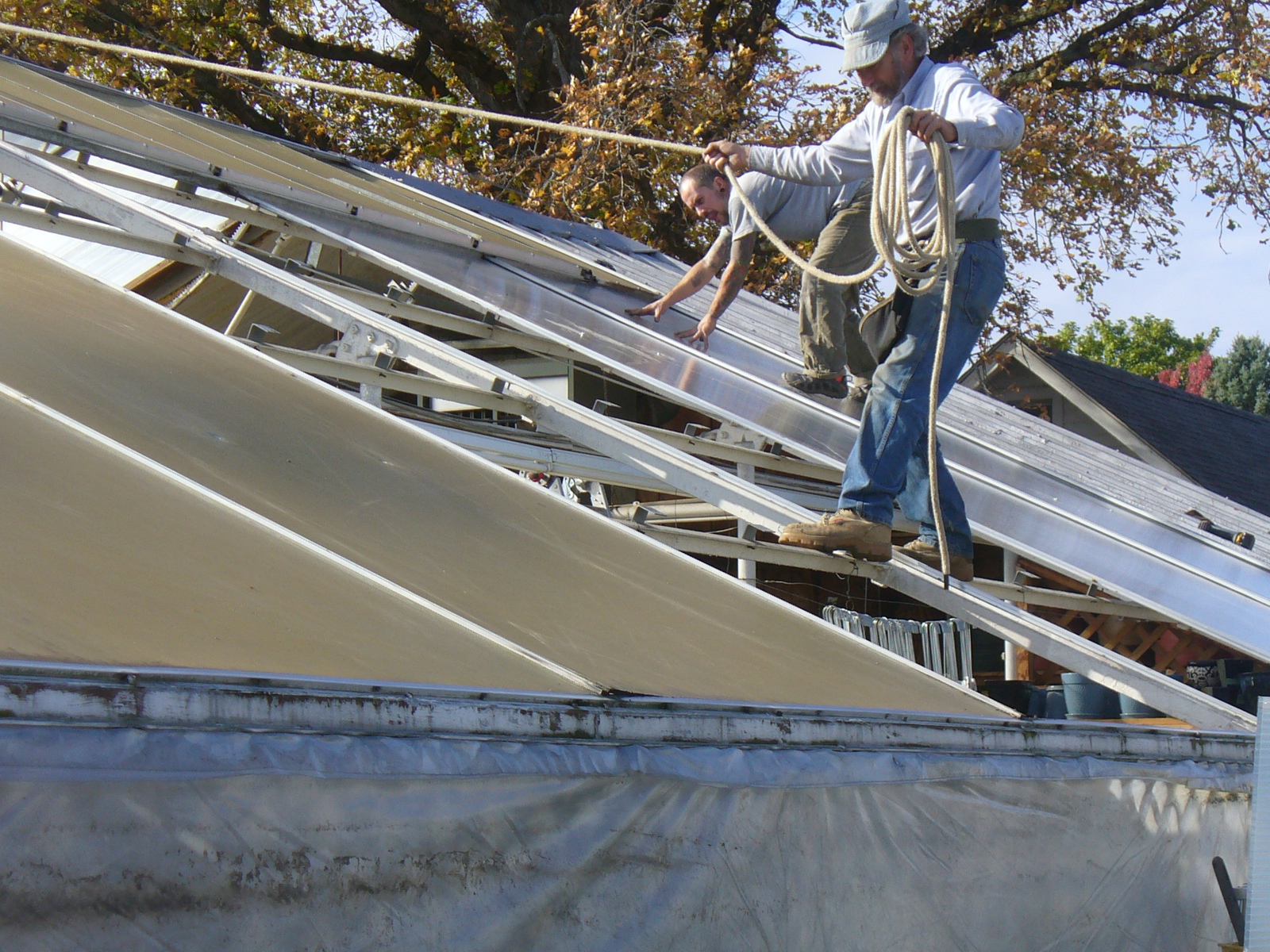